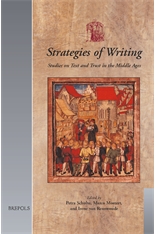 Trust is the basis of all social relations. A society in which trust – be it in one’s fellow men or in political order – is not assured, will not, in the end, endure. In the Middle Ages – as, indeed, in any other period in human history – trust presupposes the concordance between word and deed, i.e. that future human action may be predicted. In this way trust creates the security necessary in the life of individuals. Rather than an emotion, trust is an attitude based on experience. It is not created spontaneously, but requires a process of observation and socialisation. This implies that the preconditions for trust are culturally determined and subject to change. Trust is expressed through communication. The following questions are addressed in the contributions to this volume: Are medieval texts trusted only because of their contents? Are some contents more trustworthy than others? Does writing as a medium engender trust irrespective of the contents of the written text? Was trust in writing dependent on trust in an authority? Are there suggestions that the written form of the medieval text was meant to confer trust on its contents? Did rituals take place (before or during the writing down of the text, or during its handing over to its recipient) that were meant to enhance the text’s trustworthiness? Can changes be observed in the strategies of engendering trust? Was trust food for reflection in written texts? What was considered to constitute a breach of trust?

Peter Worm, “From Subscription to Seal: The Growing Importance of Seals as Signs of Authenticity in Early Medieval Royal Charters”

Karl Heidecker, “30 June 1047: The End of Charters as Legal Evidence in France?”

J.W.J. Burgers, “Trust in Writing: Charters in the Twelfth-Century County of Holland”

Christoph Friedrich Weber, “Suitable for Crown and Gown: The Ritual Context of the Royal Privileges for the University of Paris”

Anna Adamska, “Waging War and Making Peace with Written Documents: The Kingdom of Poland against the Teutonic Knights (1411-1422)”

Franz-Josef Arlinghaus, “Point of Reference: Trust and the Function of Written Agreements in a Late Medieval Town”

Jacoba van Leeuwen, “Rebels, Texts and Triumph: The Use of Written Documents during the Revolt of 1477 in Bruges”

Terje Spurkland, “The Vikings’ Trust in the Written Word”

Christina Lutter, “Ways of Knowing and Meanings of Literacy in Twelfth-Century Admont”

Irene van Renswoude, “‘The Word Once Sent Forth Can Never Come Back’: Trust in Writing and the Dangers of Publication”